“The Wheel” is the collective term for a loose confederation of dipshit villages within the unclaimed territories; the name comes from the fact that any one village is roughly a day’s journey by horse-drawn wagon from the next (a unit of distance colloquially referred to as one wheel).

Roll 1d10 to determine which town you’re about to enter:

All of the towns in the Wheel have pretty much the same things to offer travelers passing through – a general store, a smith, maybe a public house or a barber-surgeon. There most definitely won’t be magic-users or demi-humans, and the townsfolk will be awfully suspicious of anyone consorting with either (like people coming from, or headed to, Hexhaven). After all:

Of course, there’s one weird thing in each town that separates them from the others (roll 1d20): 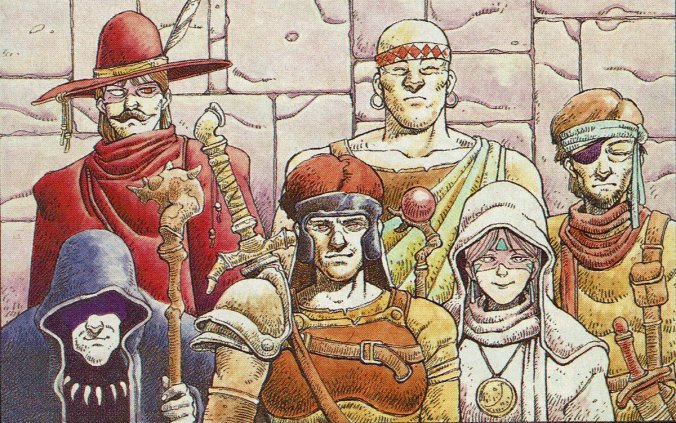 Literacy isn’t addressed much in D&D; I think across most additions the default assumption is that PCs could read and write at least one language. The outlier is 3rd Edition, where barbarians were explicitly illiterate until they multi-classed into something else. (Anecdotally, the issue of literacy has only come up one time as DM – when a player flatly stated that her character couldn’t read because she was raised by wolves. I said yes, of course.)

Apart from magic-users and their spellbooks, books aren’t typically important to other characters unless the book in question is some kind of maguffin. But unless the printing press exists in your gameworld, books are probably hand-crafted objects potentially worth a lot of gold (and possibly XP).

Books can also be an easy way to give characters a boost: maybe consulting a botanical guide gives a character advantage on a skill check to determine whether these berries they found are edible, maybe consulting an astrological manual can give a character a bonus to a particular action under a particular set of circumstances… if the stars are right, of course. (Jeff Rients recently posted a fantastic way to incorporate astrology into your game.) Yes, there are canonical examples of special books granting mechanical effects, like the manual of health that straight up gives the reader a permanent stat boost. But I find that incredibly cheesy. 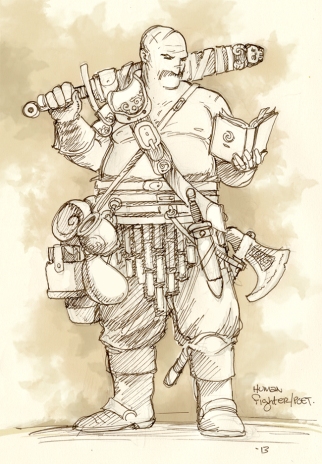 Here are some books that more martially-inclined characters might be interested in lugging around on adventures (and also gives them something to do during downtime):