Exotic, but not necessarily enchanted, weapons:

A short sword with a blade of alloy so dark it appears to absorb light. So long as it is held unsheathed, the wielder can see through smoke, fog, and other forms of cover or concealment.

A dagger with a handled of polished, blackened bone. Depending on the damage roll, this dagger inflicts additional effect against living creatures with discernible anatomies:

A punch from the hand wearing this gauntlet hits with the force of a morningstar, and deals double damage to objects. The wearer suffers Disadvantage on skill and ability checks requiring manual dexterity.

The wielder of this battle axe can use their turn to flourish the weapon in such a way that wind whistles through blade, emitting an unnerving wail. All creatures that hear the sound must make a Morale check. 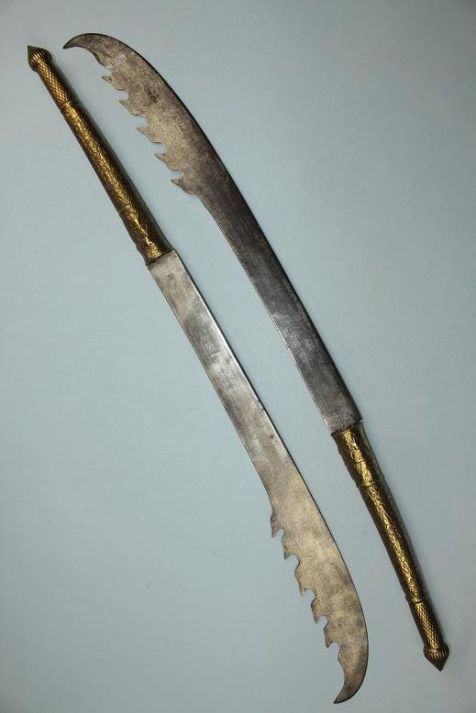 A matched set of longswords forged from meteoric iron that glows in dim light. With one of the blades in each hand, a wielder can leap, from standing, 30 feet straight up or 60 feet across. The wielder has Disadvantage on Stealth checks to hide in shadows or at night.

A heavy, fuck-off-big two-handed sword with a grip made of woven human hair. Blows from the weapon can’t be parried and the blade can’t be sundered, but it takes a full action to unsheathe. 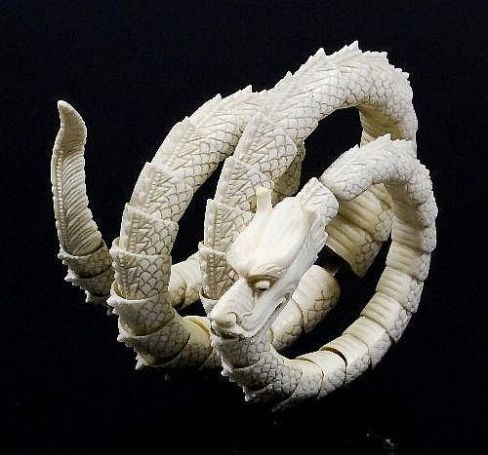 A bracelet of intricately carved and cunningly articulated dragon-ivory links. It can be uncoiled and wielded as a whip. A wielder with a Dexterity less than 13 has Disadvantage on attack rolls with it.